According to a report from a Korean economic newspaper, the launch of the Galaxy Note 10.1 has been delayed to June. The reason behind the decision is that Samsung is in the process of swapping the dual-core processor which was shown with the Note 10.1 at the Mobile World Congress. The new tablet is now rumored to come with Samsung’s Exynos quad-core processor, the same one that we’ll probably see with the Galaxy S III.

Whether this change of plans is a marketing tactic or was planned from the get-go, we certainly think that Samsung could do some damage with an Exynos-powered tablet and the S-Pen. We cannot wait to see how the Galaxy Note 10.1 will stack up against other Android tablets and the iPad. 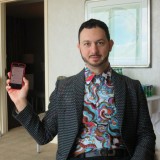