It is apparent that Sony does not have the presence in the US and very little influence over the wireless carriers in the US. Apple, Samsung, HTC, and now LG have all launched their flagship models across all major US carriers with no changes made. The Sony Xperia Z2 was only available on T-Mobile in the US and now Verizon has decided to jump on the Z3…but not exactly.

I personally have not used a Sony Android device since they dropped the Ericcson in 2012. My gripe several years ago was support and updates by Sony. It was far too common for Sony to release a flagship running the previous year’s version of Android with little to no hope of ever getting updated. The Verizon Xperia Z3v launches with Android 4.4.4 and Sony has already announced a timely Android 5.0 update to their Xperia lineup. Time will tell if that little “v” added the Z3 will affect that.

Just about everything you could want and expect from a flagship device in the 2nd half of 2014 with the exception of the Snapdragon 801. We are seeing the 805 in current releases. Benchmark tests aside, you will not mind the difference. 3GB of RAM. I had no issues with the Z3v every feeling slow.

While flashing the Xperia Z3v around the office and when out with friends, it did catch attention. I reviewed the black model. It is sleek and flat. Very flat. It looks and feels very solid. It feels okay in hand. My daily driver is the HTC One M8 with a curved back. It is odd to go back and forth since the Z3v has a very squared feel. Its not a bad thing, just different. The sides are so flat and squared that you can balance it on its side and it will not fall. The round power button is almost halfway down on the right side of the device. There is a physical camera button on the right along with the volume rocker. All buttons are easily accessible. Headphone jack on the top. The MicroSD, micro USB, and SIM card ports are all covered and sealed since the device is waterproof and dustproof. The micro USB port is not labeled so I will admit it took me a minute to locate it.

Front facing speakers! I mentioned my HTC One M8 and I have been spoiled by front facing speakers since the M7. For me it is a must. The Z3v speakers are good. You will enjoy them. They are no Boomsound, but they will not disappoint while watching YouTube videos.

The 5.2” HD screen is bright and a pleasure to view. Good viewing angles and very responsive. While on slightly larger than my HTC One M8 5” screen, it made my HTC screen feel small and outdated.

The 20.7MP camera is certainly impressive. Sony can do cameras very well. Pictures are very detailed with the exception of extreme digital zooming. Shots are acceptable in low light situations. If you are doing what most smartphone users are doing with your pictures, meaning posting online to social networks and maybe emailing, then you will never be disappointed. I do not print out my smartphone pics in poster sizes so I can not judge the quality in that situation. Do you print out your smartphone pics that large?

I prefer pure Android. If I want a skin on top of Android, its HTC’s Sense. WIth that said, I don’t mind what Sony has done with Android. I do not find their UI to be overly intrusive or heavy. I admittedly installed the Google Now Launcher shortly after beginning to use the device. From the Notifications and quick settings to the app drawer it is pretty basic and simple. Besides the normal Verizon bloatware, Sony certainly does load it up with its full catalog of Xperia apps. 12 or more actually. Most are centered around the camera and some of the advanced features of the camera. Also the Playstation app. I personally do not have any use for these extra apps but some users will enjoy them.

The Xperia Z3v is almost the Z3. You are not giving up much. If you are a Verizon customer and want a waterproof phone with a great camera…this may be your phone. My fear is that unfortunately it won’t be. With consumers’ purchasing decisions driven by the marketing and “me too” effects of Apple and Samsung, Sony may very well get overlooked. It is a shame but it is what the smartphone landscape has become. Fans of the Playstation integration and the Sony camera Xperiance should enjoy the Z3v. Do you own the Z3v? Share your thoughts below. 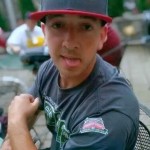