The struggling wireless carrier is attempting to change the industry by exterminating the dreaded 2 year contracts when purchasing a new phone. T-Mobile is giving the consumer two options. Option 1: Pay full retail price of the phone up front. Option 2: Put some money down and pay $15-$20 every month (on top of the simple choice plan) until the phone is paid off. The Simple Choice plan starts at $50 a month for unlimited voice, text and 500MB of data for web. If you want more data you can get 2GB a month for $10 or you can get unlimited data for $20 more. Could this be a game changer? That remains to be seen as I do not believe the competition will jump the gun and part ways with two year contracts, in favor for this method. Could be a great move for T-Mobile to acquire some more market share, especially with them releasing their 4G LTE network.

T-Mobile 4G LTE is currently in only several cities but they’re expecting to greatly expand their network by the end of 2013. They’re also expecting to have a good crop of 4G LTE capable phones such as the new Samsung Galaxy S4, Samsung Galaxy Note II, HTC One, and the new BlackBerry Z10.

Are you making the jump to T-Mobile? 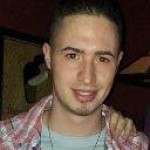 Sal is a smartphone enthusiast, mainly Androids, and big sports buff, who currently works for the New York Islanders. In his spare time, he likes to read up on current and upcoming smartphones to keep up with technology. In the last year, he owned an HTC Thunderbolt, Samsung Galaxy S3 and now owns a Samsung Galaxy Note II. Always looking to stay on top and have the best phone out!

Newer PostOfficial: AT&T will release the HTC One on April 19 for as low as $199
Older PostTwo must-have Android apps on sale: Tasker $1.99, ROM Toolbox Pro $2.99
Scroll