Out of the 6.3 million people in the UK with Android smartphones, 51% had a phone by the Taiwanese phone manufacturer HTC. Samsung came in second with 21.6%, and Sony Ericsson came in third with 14.2%.

We have to give some props to Samsung and their dominance in France. It looks like the French love their Galaxy S phones, because over 42% of Android users in France rock Samsung phones.

Overall in the EU5, HTC is also the market share leader among Android smartphones with over 34.6% of Android users rocking HTC phones. Samsung came in close second with 31.7% of market share within the EU5 countries.

Unfortunately, things don’t look so good for Motorola and LG in Europe. Motorola and LG pretty much trail the top 3 in every EU5 nation with numbers in the single digits.

Congrats to HTC and Samsung. You guys are doing a great job! Keep up the good work. 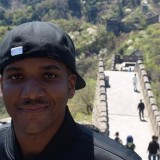 Jonathan converted to the Android platform from Blackberry with the original Motorola Droid. He currently has a Samsung Galaxy Nexus complete with Android 4.1 Jelly Bean on Verizon Wireless, a Motorola Xoom, and a Kindle Fire. Besides keeping up with Android news, he enjoys spending time with his family, gaming, reading, and computers.