The version that was just released in the Android Market is also free, except that this version will be supported by ads. If you would prefer to experience “Rio” without ads, it’s best that you head on over to the Amazon AppStore and download it while it’s still free. Once the free promotion is over, you will have to pay $0.99.

Head on over to the Android Market and download Angry Birds Rio. 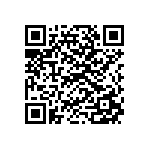 Jonathan converted to the Android platform from Blackberry with the original Motorola Droid. He currently has a Samsung Galaxy Nexus complete with Android 4.1 Jelly Bean on Verizon Wireless, a Motorola Xoom, and a Kindle Fire. Besides keeping up with Android news, he enjoys spending time with his family, gaming, reading, and computers. Google+